Cai and Arwen met virtually with Cllr. Hazel Evans, Executive Board Member responsible for Environment to find out more about what Carmarthenshire County Council is doing to protect the environment focusing on its campaign ‘To protect our environment’ during part of Plastic Free July.

We wanted to meet with Cllr. Hazel Evans as we thought that it was important that Carmarthenshire County Council is aware of young people’s views. The meeting went really well, we had a constructive discussion on many different topics. Here is what was said!

Q1. We are increasingly aware of the devastating effect of single use plastic on the environment – why do we still see so much plastic in our school canteens?

Cllr. Evans: We are working on a new Welsh Government initiative regarding single use plastic. Single plastic itself isn’t awful, it is the way it is disposed. If you use plastic and dispose of it correctly it is not that damaging. It is not that straight forward to have e.g. to replace plastic milk bottles with glass bottles in primary schools, to make it environmentally friendly you have to use this glass bottle twenty times to be an equivalent of carbon reduction.

Arwen: Why there is such disparity between different school canteens. e.g. Bro Myrddin issued a plastic whilst QE High hasn’t had that.

Cllr. Evans: We are working to make sure there is Carmarthenshire wide policy on it.

Q2. After Carmarthenshire County Council declared a Climate Emergency, the Net Zero Carbon Plan was due to be ready by February 2020. What are the developments regarding the plan?

Cllr. Evans: It was launched on 20th February and it is available on Carmarthenshire County Council’s website. We were the first county in Wales to publish a climate action plan, which was passes by the full council on 12th February and every single department of the council was involved in it.

Cai: One of the points of the plan was that with regards to Dyfed Pension Fund, Carmarthenshire County Council will be devolving from fossil fuel investments.

Cllr. Evans: The council are not allowed to do it (change to renewable energy) on their own and they must have to consult companies and different groups. Dyfed Pension Fund has a large number of members and they would work towards that e.g. BP is one of the investors and they put a lot of money into ecological issues, therefore it is not always negative. With regards to the pension fund- we do administer it but we do it on behalf of a load of bodies, so we are not able to make the changes on our own.

Q3. With regards to Ash dieback, we see so many affected trees in our county – what is Caramrthenshire County Council doing to grow resilient forests and replace the trees that have been affected?

Cllr. Evans: We have an Internal Dieback Group looking into replanting opportunities. This is being currently developed. We received a grant to plant woodland projects in two areas; Dafen, Llanelli and Maesdewi, LLandybie. We are looking at other lands that we have that can be suitable for planting trees as well

Q4. What are you doing to promote environmental projects in Carmarthenshire ? For example, switching to renewable energy.

Cllr. Evans: For instance, the windmill in Nanty Caws produced enough energy for 400 homes. We are working with the Electricity Board on developing a connection for renewable sources. We are putting a lot of solar panels, what our aim is, when the battery conversion becomes reduced cost, we will be able to feed all our homes with renewable energy.

We also signed into the Swansea Bay City Deal to have houses for power stations, where every new property built has to be environmentally friendly with as much insulation and self-feeding possible. We have got a lot of electric vehicles for pool cars, our refuse lorries were the most environmentally friendly available at the moment of purchase. We are looking into buying more vehicles and at the moment hydrogen ones are being tested.

Additionally, nearly all the streetlights in Carmarthenshire are LED which means they are hugely reduced in a power need.

Biodiversity projects are being developed e.g. butterfly conservation area. With every planning application we have to look at the environmental effect and how to mitigate that effect. E.g. with the new bypass by Cross Hands being built, hedges had to be moved as they were in order to preserve the wildlife. It means saving the environment as well as cutting cost.

Q5. After Make Your Mark- the UK’s largest youth consultation, which took place last October, young people in Carmarthenshire voted littering as the most important, local issue. What are CCC doing to address the problem of littering in our county?

Cllr. Evans: We have a Litter Management Plan in place, this document sets out plan how we as a county manage the issue of littering. An Introduction of Local Quality Group look at different ways of tackling the problem. We have got the Renewed Public Space Protection Order to talk about dog fouling and other dog relating issues. An Introduction to New Enforcement Powers tackle litter and waste issues withing the county.

Welsh Government are working on a new litter campaign that is coming up in September, this will highlight that the responsibility for littering comes back to all of us and how can we reduce litter.

We have been working with fast food chains such as McDonalds and they have had additional litter bins put outside.

We work a lot on monitoring local areas to tackle the problem, we also have got enforcement days during which educational officers go around doing leaflets drops to advice residents on correct recycling. We also run campaigns such as beach cleans and litter picks.

Welsh Government are working on Produce Responsibility- to possibly having producers paying for the disposals of non-recyclable packaging.

Q6. With regards to recycling, Carmarthenshire is lagging behind other counties. Why is there such disparity between different counties? Would we recycle more if we had separate recycling? Do you have any solutions in place?

Cllr. Evans: The county have reached the recycling target (64%) that was set out by Welsh Government – Carmarthenshire reached 64.6% for the last year. This puts us 15th in Wales out of 22 counties.

When we look at the data and compare e.g. Ceredigion and Pembrokeshire with Carmarthenshire, we have three times more population, this may skew the figures. When you look at the counties of the similar size we are performing in a similar way. Before making the decision, we will consult with residents what they think about multiple-recycling.

Cai: A documentary came out showing that some counties send their rubbish to third countries to Malesia or Indonesia. Is CCC sending their rubbish abroad?

Cllr. Evans: We do send to Sweden to convert for heat and 1% of or waste went to Turkey the other day but we try our best not to. What we need to look at how to make use of waste we produce so less waste goes to landfill.

Arwen: What can we do as CYC to help the environment?

Cllr. Evans: Rising awareness of littering would be the greatest thing. If your school have no recycling bins- that is something you should be lobbing us for, to say that if you want us to recycle and not to litter -provide us with the bins! This will teach everybody from a younger age to take care and to know that the waste is going to be reused.

We would like to thank Cllr. Hazel Evans for her time and for taking part in the interview to give us the opportunity to address young people’s concerns about the environment and plastic free July. Our questions got answered and we are looking forward to a another meeting in September. 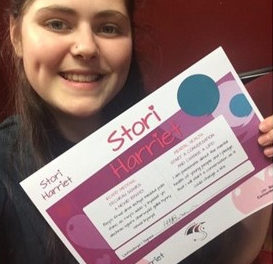 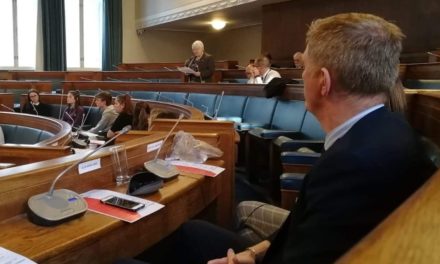 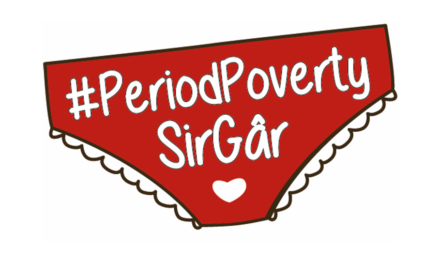