Earlier this year, seventeen year old Gwen from Pembrey, member of Carmarthenshire Youth Council (CYC), joined almost 300 elected members of the UK Youth Parliament (UKYP) in launching a year-long campaign to widen  conversation and gather views and opinions about votes@16; the UKYP’s priority issue for the year. The campaign followed a National debate on votes@16 that Gwen attended in the House of Commons in November 2016.

National Day of Action
The National Day of Action in January 2017 saw members of the Youth Parliament across the UK meet with politicians who were invited to join the campaign in support of lowering the voting age to 16.  Gwen, leading a group of Carmarthenshire Youth Council members arranged to meet with local Members of Parliament; Nia Griffiths MP (Llanelli), Simon Hart MP (Carmarthen West & South Pembrokeshire) and Jonathan Edwards MP (Carmarthen East and Dinefwr) to discuss the Voting@16 campaign and discover their level of support and views on including 16 and 17 year old’s in having a right to vote in all local and public elections.

School Council Debates
Gwen has been busy gathering the views and opinions of young people on the campaign and over the next few weeks, will be liaising closely with newly elected secondary school reps who she has asked to organize debates on votes@16 within their school by the end of October.  Gwen is encouraging every young person in Carmarthenshire to get involved; to determine if they support the campaign.

Carmarthenshire County Council Councillors, the Interim Director of Education and Children, Heads of Service, senior managers and members of council staff have already pledged their support and had photos taken by Gwen; these include Cllr. Glynog Davies, Gareth Morgans, Stefan Smith, Aeron Rees, Andi Morgan and David Astins.  Gwen said “It is great meeting with local decision makers and seeing how much support the campaign is gaining.”

Gwen is also intending to extend the social media presence further by going into the town centre of Carmarthen and surrounding areas with the photo frame to give members of the public an opportunity to get involved and pledge their support for Votes@16.

Putting a motion to Council
Gwen recently met with Carmarthenshire County Council Executive Board member for Education and Children, Cllr. Glynog Davies, to work with him to create a motion which Cllr Davies has agreed to put before Full Council on 18th October 2017, to debate and vote on whether they support 16 and 17 year olds being given the right to vote in local and national public elections.  It is a fantastic achievement for Gwen, as she is the first young person to put a motion to Full Council.

Social Media Campaign
In response to the positive feedback received from MP’s and establishing a clearer picture of the level of support the UKYP team took the decision to extend the campaign by promoting votes@16 to a wider audience and arranged to meet with local celebrities to ask them for their views; these included Gwen meeting up with members of the Scarletts rugby team. Gwen and the UKYP team have also been busy promoting votes@16 on Social Media using #votes@16 with photographs of people who have declared their support holding a bespoke photo frame, developed specifically to promote the campaign.

GET INVOLVED!!
You can join in and back the campaign by sharing your views online #Votes@16 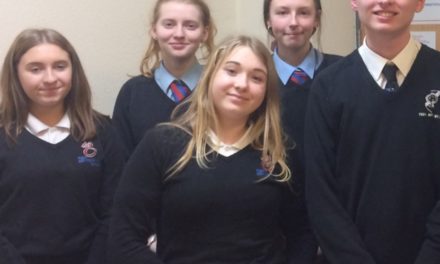 LOCKDOWN: Going back to school! 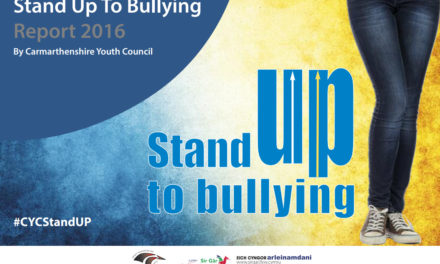 STAND UP TO BULLYING 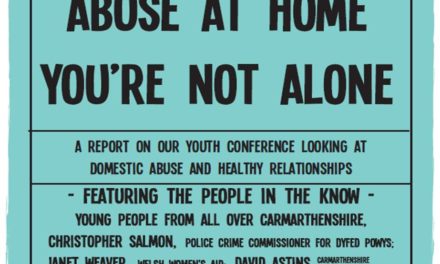 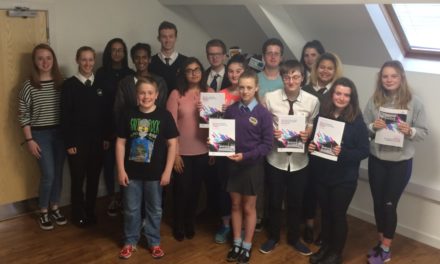